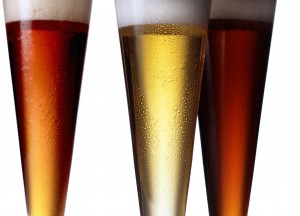 The Alberta Government reversed their 3 month old liquor tax today, which lowers the price of a 12 pack of beer by $1.30.

Nobody seems to have expected this sudden change of heart by the Stelmach government, but it’s created a lot of happy campers. Beer campers that is.

I prefer red wine, but when I do drink beer (and I do enjoy the odd pint), it’s not usually domestic. I enjoy Corona, Heineken and Alexander Keiths, the only domestic beer I drink.

When the beer prices went up in April, a Calgary reporter Peter Akman to inquire about the price of a 12 pack of Labatts Blue.

A case of beer in Alberta was selling for $24.99, second highest only to the Yukon which charges $26.90. Can you believe that?

So now we’ve dropped $1.30 a case and we’re saving a few bucks while the government loses. Maybe we’ll just roll the savings back into more beer.