Years ago when I first head the song Take it Easy by The Eagles, I never thought I’d ever myself be standing on the corner in Winslow Arizona. Alas, many years later, married and traveling by RV through the United States, the day came when indeed, the picture was taken in Winslow Arizona. 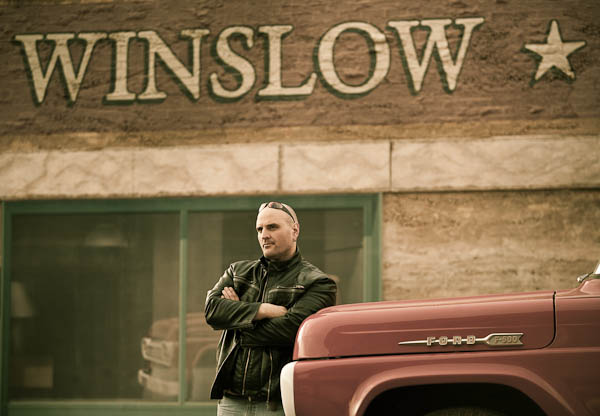 Standing on the corner in Winslow Arizona

I never thought I’d ever be married to a professional photographer, but when all is said and done, I’m quite thankful that I am. Most times I think it’s just the subject, but when I sober up, I realize that in reality, it’s mostly the photographer.

We set sail in mid December on a 5 and a half month trip to travel the US in a motorhome to experience what the United States has to offer. Our trip takes us through Nevada where we visited Death Valley from our 4 day base in Pahrum Nevada, through to Phoenix Arizona where we set up camp for an entire month. Next on our list of places to visit include Tombstone Arizona, the Alamo in San Antonio Texas and then on to our second month of stay in Corpus Christi Texas.

Follow our entire RV adventures through the US on our blog Young Snowbirds.

Places To See Before You Die Canada Version

From the top 15 places to see in Canada before you die, here is the glorious Banff National Park featuring the Ice Fields. I live 4 hours from here, and whether I travel to Jasper and then south east, or to Calgary and then north west, this is one of my favorite drives. I’ve worked, camped, backpacked and climbed mountains all through here. It’s truely worth making your way out here to see. Summer has great camping and climbing while the winter has great skiing either in Banff or Jasper. Hostels are very nice as well.
Forbes has pictures and descriptions of a few more places in Canada to see before you die, and I was pleasantly surprised that I had been two a couple of them, even having a great dinner and fabulous bottle of wine at the Pointe Restauraunt in the Wickaninnish Inn in Toffino.

END_OF_DOCUMENT_TOKEN_TO_BE_REPLACED

My Least Favorite Day Of The Year – Today 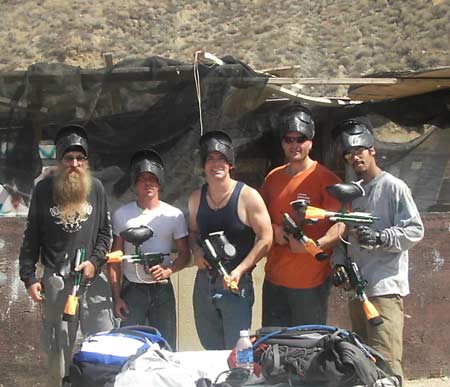 Here is a pic of my buddies Burt, Adam, Scott Myself (in the orange shirt) and Rasta playing paintball on early Saturday morning in Sept while in California this summer. Hadn’t played in about 5 or 6 years and was a little out of paintball ‘shape’ as it were. I spent about a month or 6 weeks in California this past summer. Survived through some record heat waves while camping out about 30 miles from Palm Springs. Survived a fire evacuation at the Highland Springs Resort from where we had to “Bug Out” and retreat to a school a few miles away. The grass fire came right down to where we slept. Water bombers and helicopters were called in and bombed them and put them out. 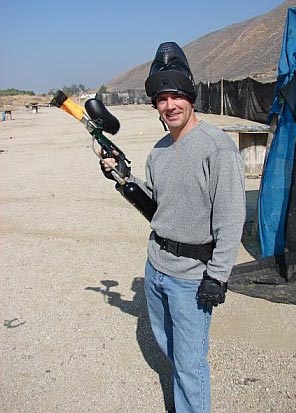 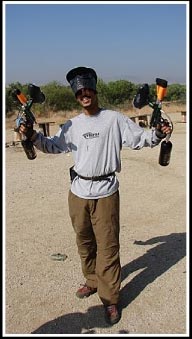 These are my buddies Scott (formerly of the Canadian Armed Forces) and Rasta playing paintball that day while hanging out in California. Below are a couple more. 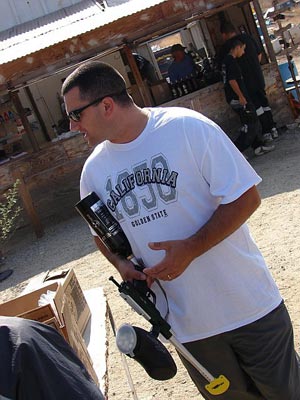 This is Eric from Ring Homestead Paintball park in New York. He was going over the safety mechanisms, paintball safety procedures, how the guns works and some basic rules of play. On the right above is Adam Jacques of Winnipeg Canada sporting his dual paintball guns.

We played paintball on Saturday, and then on Sunday we had to deal with what you see below. These are actual pictures of the Highland Springs fire while were were evacuating. The fire came withing 50 feet of where we slept. 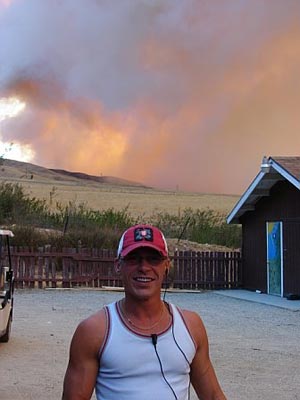 Adam hanging out for a quick picture of him with the fire behind him. He’s so tough….. 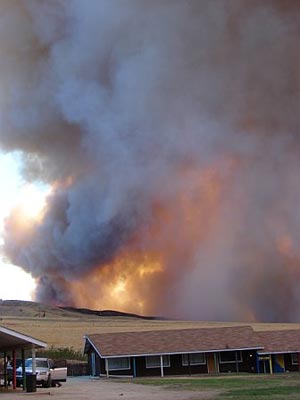 This shows how close the fire got to the Highland Springs Resort. As I said, we watched about 5 or 6 water bombers bomb the hell out of here with water. Rasta was sleeping when the fire department knocked on his door and asked him to leave. “Why?”, he asked. “Um, have a look out your front door!”. Then he started giggling and got dressed. lol.

And to balance out the destruction displayed above.. the paintball, the guns, the camo, the fire and all that macho shit, here’s a nice pic taken one of the nights either before or after the fire. 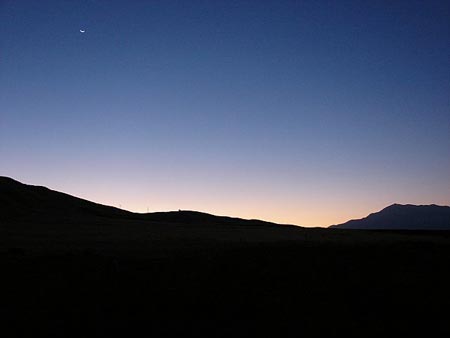 Now on to the title of this post: My Least Favorite Day Of The Year. I hate winter. I hate it being dark all the time and the short fucken days. Dec 21st is the shortest day of the year here in Edmonton (least amount of sun hours). So This is my least favorite day, while being my 2nd most favorite days of the year. I really hate christmas, so this is a very shitty time of year for that reason too. I mean, I hate christmas.

My Most Favorite day of the year. I love June 21st for the opposite reason. Most Sun, warmest, best outdoor activities, least amount of clothes on the little ladies and when I celebrate my half birthday, or at least pretty darn close to the day.

So here it is, Dec 21st 2006 and we’re spinning back towards the sun… tilting and pointing our northerly continent back towards sunlight. Thank Gawd! The days get better from here on out. 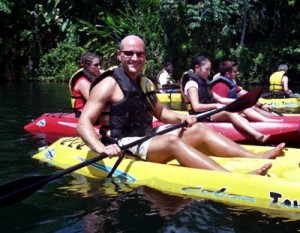 Getting leaner, approaching my goal of 6% by July 1st

Creatine: I used Creatine for almost 14 years straight after accepting from my natural bodybuilding, health and fitness mentor Cory Holly from Canada’s Alive magazine did his due dilligence and deemed it safe for a natural athlete. Turns out it’s got a lot of great anti-aging properties. The only time I’ve been off it is when my personal trainer here in Edmonton said she was against it. After taking almost a year off from Creatine, I’ve loaded up and am back on it. A very interesting article about Creatine and alcohol here. As well, the creatine information you need about how to maximize creatine uptake in post workout shake. Interesting that protein helps uptake.